ONE LIFE MEMBERSHIP PRESENTED AT GOLD SAINTS LUNCH
23 April 2016
James Rogers was presented with his Club Life Membership at our 1st Gold Saints Lunch for 2016. Jamo was presented with his Life Membership by team-mate and fellow Life Member Cam Rose in front of his idol and guest speaker Chris Judd. Jamo played 50 game for Salesian College Old Boys and 122 for St Marys Salesian, for a career total of 172 games and 84 goals. James Rogers is the club’s 76th Life Member. 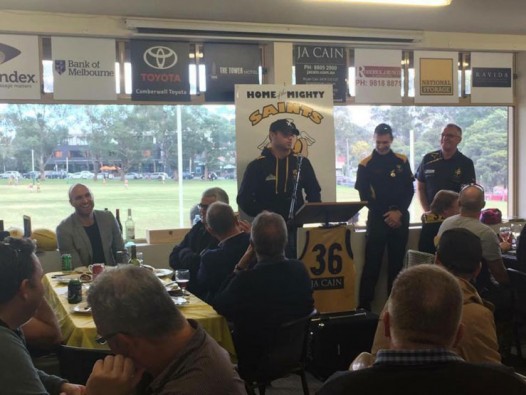 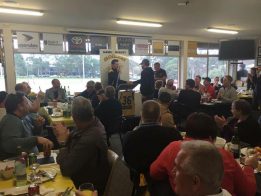 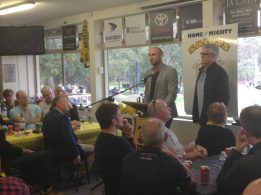 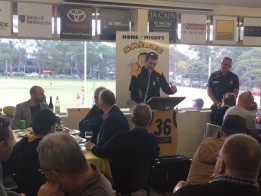 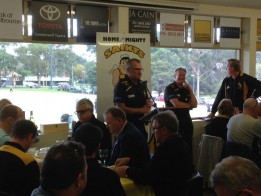 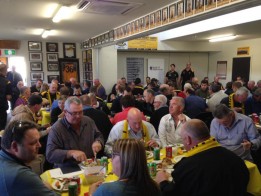 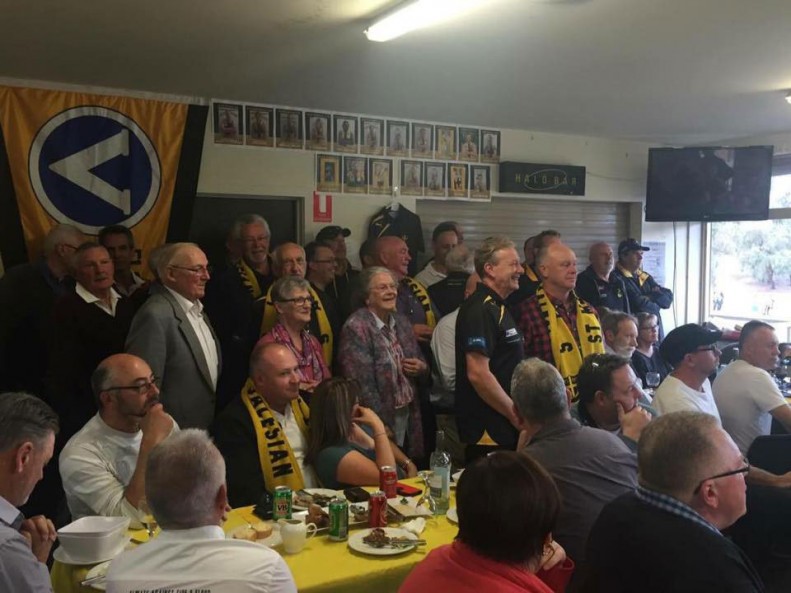