Ian Elliott was an integral part of the St Marys landscape during his time as player, treasurer & committeeman from 1963-1968. He was an ‘A’ Grade Premiership player, junior coach and club treasurer. Sadly, Ian passed away during 2006.

In memory of his contribution to the club, the Elliott family, and in particular his wife Jenny, have been extremely generous in striking the Ian G. Elliott Perpetual Award, to recognise and assist the Club’s younger players.

The award recognises young players who not only demonstrate talent, but also exhibit a true Club and team attitude and may need assistance to enable them to play the best footy they can.

Saturday May 9, 2009 St Mary’s Gold Saints Lunch
It was great to have Jenny, Kim and Catherine Elliott join us at the Gold Saints luncheon on Saturday. Living in Romsey they are not often down in the city, but they made a special effort to come along and meet with the five recipients of The Ian G Elliott Award: Andrew Baird, Ant Murphy, Charlie Ampt, Brett Gatehouse and Tom McDermott. The boys all came in and spent a few minutes with the family prior to going about their on field duties and expressed their appreciation of having been chosen as recipients over 2008 and 2009 seasons.

St Mary’s 1975 A Grade Premiership: Ian Elliott is in the back row, 2nd player from the left. 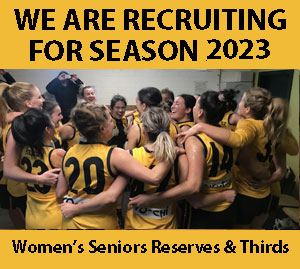 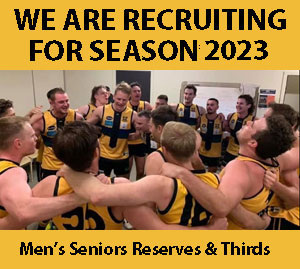