The coaching philosophy of our coaching panel highlights the development of football skills and football knowledge aligned with the fitness levels required to execute on match-day. We have a large and diverse coaching panel, which enables us to encourage each player to develop and to strive to be the best they can, no matter their skill level.

PATRICK MURPHY – 2021 SENIOR ASSISTANT COACH
Pat’s coaching style is very much aligned to our group: “My belief is that the game is to be enjoyed, and that as a coach it’s important to work on getting the best out of the individuals players, and more importantly the team. It’s important that every member of the squad feels like they are valued member of the club, regardless of what motivates them to play. Most of my working day is spent focussing on building and maintaining relationships and I don’t see my coaching to be any different.”

IAIN WEINZIERL – 2021 TECHNICAL DIRECTOR
Iain Weinzierl continues in his role as our Technical Director, which enables us to take full advantage of his deep football knowledge. Iain works with Simon Brownhill to define our football brand and the game style that  will take us deep into Premier A. Iain’s role at training is to take line-specific small-group break-out drills and match simulations that develop the football understanding of our players, and he has an important match-day role working with our line coaches. 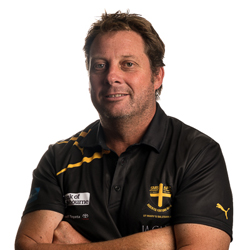 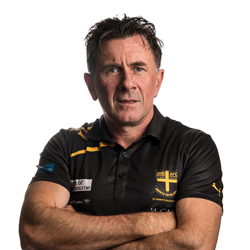 LOOKING TO PLAY WOMEN’S FOOTBALL: WE ARE RECRUITING FOR SEASON 2021
Playing at the highest level & being one of the largest women’s footy clubs, why would you want to play anywhere else? We are looking for new women’s players for 2021.

REGISTRATION OF INTEREST: COME AND JOIN US IN 2021
We are recruiting for season 2021 – all new players are welcome! We invite you to Register Your Interest in playing Women’s Football at St Mary’s Salesian Amateur Football Club in season 2021.